Irish novelist and short story writer, author of Life Sentences, My Coney Island Baby and The Boatman and Other Stories

“Eminently readable . . . My book of the year so far”
RYAN TUBRIDY

Life Sentences is a new novel from Billy O’Callaghan.

“At just sixteen, Nancy leaves the small island of Cape Clear for the mainland, the only member of her family to survive the effects of the Great Famine. Finding work in a grand house on the edge of Cork City, she is irrepressibly drawn to the charismatic gardener Michael Egan, sparking a love affair and a devastating chain of events that continues to unfold over three generations. Spanning more than a century, Life Sentences is the unforgettable journey of a family hungry for redemption, and determined against all odds to be free.

This sweeping story of one family’s fight for survival goes on making the heart lurch long after the final page, and confirms Billy O’Callaghan as one of the finest living Irish writers.”

“O’Callaghan is one of our finest writers . . . and this is his best work yet”
~ JOHN BANVILLE

“O’Callaghan writes with a bright, enlivening emotional palette and a penetrating eye for the details of family history. A deeply felt and distinctive work by a real craftsman.”
~ Kirkus (Starred Review)

“O’Callaghan has done a brilliant job of capturing the ethos of the Irish setting as we see it through the beautifully created lives of his characters, who are extraordinary, as is this timeless book about them.”
~ Booklist (Starred Review)

“O’Callaghan delivers a slim novel that is thick with memory and regret. The hard lives of the Martins leave readers with an indelible impression of Irish history.”
~ Publishers’ Weekly

The Boatman and Other Stories 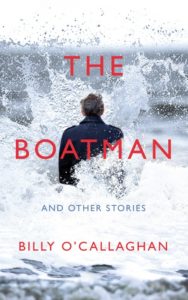 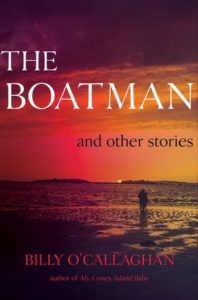 “A master of the short story.”
John Banville, Irish Times Books of the Year

The Boatman and Other Stories is Billy’s latest short story collection.

“In these twelve quietly dazzling, carefully crafted stories, Billy O’Callaghan explores the resilience of the human heart and its ability to keep beating even in the wake of grief, trauma and lost love.

Spanning a century and two continents – from the muddy fields of Ireland to a hotel room in Paris, a dingy bar in Segovia to an aeroplane bound for Taipei – The Boatman follows an unforgettable cast of characters. Three gunshots on the Irish border define the course of a young man’s life; a writer clings fast to a star-crossed affair with a woman who has never been fully in his reach; a fisherman accustomed to hard labour rolls up his sleeves to dig a grave for his child; a pair of newly-weds embark on their first adventure, living wild on the deserted Beginish Island.

Ranging from the elegiac to the brutally confrontational, these densely layered tales reveal the quiet heroism and gentle dignity of ordinary life. O’Callaghan is a master celebrant of the smallness of the human flame against the dark: its strength, and its steady brightness.”

The Boatman and Other Stories was published by Jonathan Cape on the 9th January 2020, and is available in the UK, Ireland and the Commonwealth from Amazon, Hive, The Book Depository and Waterstones.

In the US, it was published by Harper Collins on the 28th April 2020, and is available from Amazon, Apple Books, Barnes & Noble, Books-a-Million, HarperCollins, IndieBound and The Book Depository.

The Boatman and Other Stories will be published in German by btb Verlag and in Arabic by Sefsafa.

Listen to Billy read the title story of the collection.

My Coney Island Baby is was released by Jonathan Cape in January 2019, and is available in the UK, Ireland and the Commonwealth from Amazon, Hive, The Book Depository and Waterstones.

In the US, it was published by Harper Collins in April 2019, and is available from Amazon, Apple Books, Barnes & Noble, Books-a-Million, HarperCollins, IndieBound and The Book Depository. 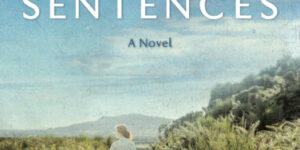 Hosted online by Porter Square Books, Billy O’Callaghan appears in conversation with Simon Van Booy for a discussion about his novel Life Sentences. The event will take place on Thursday, June …